The struggle for the origin of the Pisco and the Global preference.
onhub
junio 5, 2017
12:00 am
You never know what the paths of life are, but we all know that they have a purpose. Why was America filled with a colonizing invasion? Why did the Spaniards come and not the British or French? Why do you call it Peru? Why did they call it Chile? Finding the beginning of things for […]

You never know what the paths of life are, but we all know that they have a purpose. Why was America filled with a colonizing invasion? Why did the Spaniards come and not the British or French? Why do you call it Peru? Why did they call it Chile? Finding the beginning of things for humanity is important because they give a sense of belonging, create history, know where we come from and who we are.

The history
The Pisco Elqui city in Chile was changed from La Union to its new name in 1936, during the government of President Arturo Alessandri, in order to reinforce, according to Chile, its rights over the designation of origin pisco. Evidence shows the early use of the word Pisco in the year 1733 according to the National Archive and INAPI. In the case of Peru, documents of 1613 were found indicating the production of aguardiente (grape) in Ica. That would be one of the oldest dates that talk about making brandy not only in Peru, but in America.

That's right, we do not know why things happen, but this was the result. As much as Chile struggles to change history, that's how it was.

As we can read, the latest events in Chile to change how everything developed included the "Fiesta de la Designation of Origin Pisco " in Vicuña Chile, the impediment to sell Peruvian Pisco in the Paihuano municipality of the Coquimbo region, in northern Chile and to Peruvian producers that Participate in the Concours Mondial de Bruxelles, name it Peruvian grape brandy "instead of Pisco. This has opened the doors so that now anyone who makes" grape brandy "can be called Pisco.

What do people think and how is this reflected in consumption? Regardless of your efforts, this does not achieve the result you would like. History Channel created a very simple survey: "Is Pisco of Peruvian or Chilean origin?". The results are clear: 96% say it is Peruvian and 4% say it is Chilean.

We already saw what people say about provenience. Now let's see if what they say is also what they consume. We decided to give our share of foreign trade analysis on both Chilean and Peruvian exports.

Let's start by analyzing the Pisco exports in 2016: 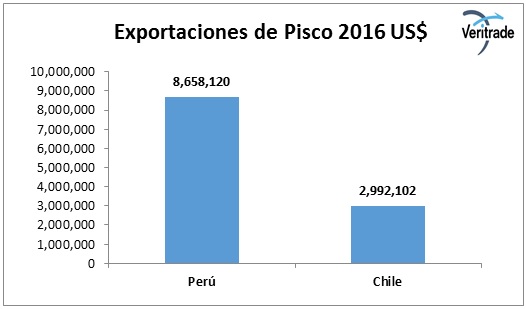 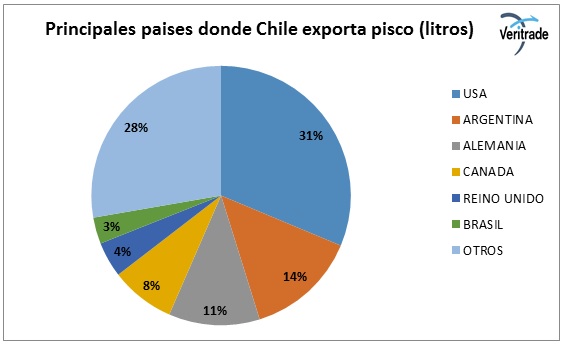 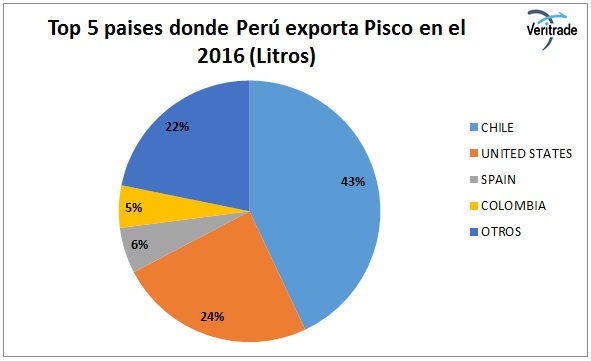 On the other hand, we analyze exports over time in order to quantify the efforts of each country, and to know the global preferences of said distillate. 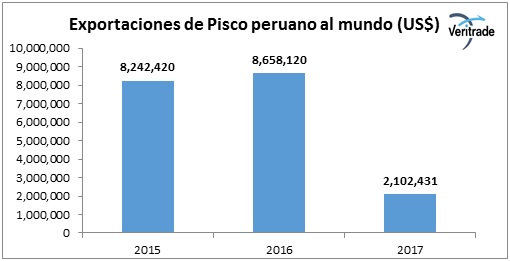 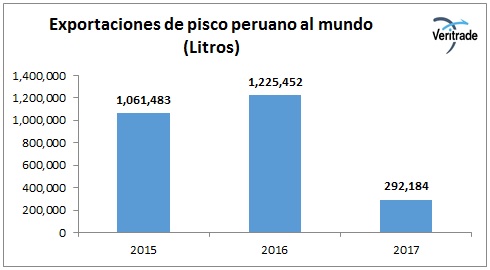 In quantity of liters, it exported 1.2 million liters in 2016, managing to grow 15% with respect to the previous year.

With regard to Chile, we analyze how is your Pisco export industry. 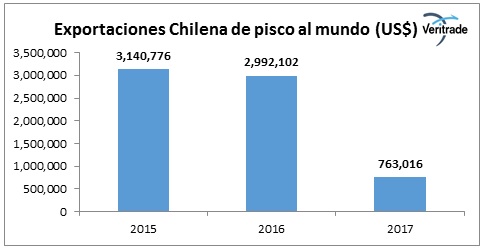 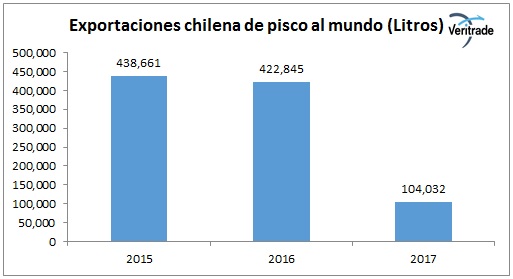 We see that the cost per liter of each country is very similar, ranging between US $ 7 and US $ 7.6.

We conclude that Chile can be very creative when it comes to giving a point of opinion and there is a lot of work to mark its territory, but regardless of whether the Pisco is Chilean or Peruvian, the whole world prefers Pisco Peruano and that is what really counts .

Learn more about Veritrade, and the foreign trade data that you could obtain, to analyze the data and plan to plan for the future.
Go to: http://bit.ly/2rye1tF and request your free trial.