The rise of Latin American avocados in the USA.
onhub
agosto 23, 2016
12:00 am
The elections in the United States took us by surprise last year with Trump and his nationalist spirit. At the beginning many of us laughed at what he said and the volatile ideas we had. Now I stop being funny. Clinton leads the polls with only 5.8 points of advantage. We think that nationalism was […]

The elections in the United States took us by surprise last year with Trump and his nationalist spirit. At the beginning many of us laughed at what he said and the volatile ideas we had. Now I stop being funny. Clinton leads the polls with only 5.8 points of advantage. We think that nationalism was an increasingly obsolete concept for a globalized world

On Trump's agenda is the discarding of the North American Free Trade Agreement between Mexico, the United States and Canada, NAFTA or NAFTA for its acronym in English. Then he rectified himself and said he was going to renegotiate it, but now with a tariff, not free. According to him, he calls NAFTA the "worst commercial agreement in history". In addition, he says he will review all the FTAs. 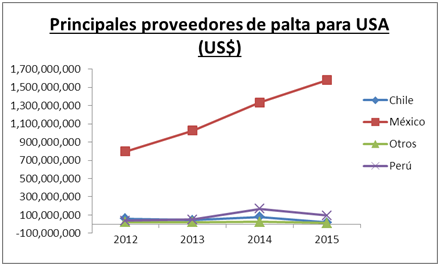 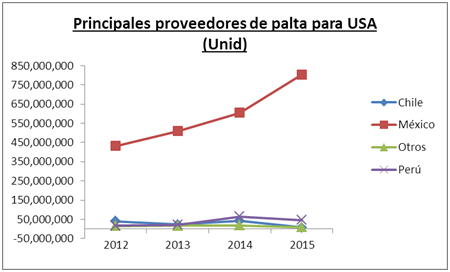 We then analyze the figures for silver, a fruit with many properties and in great demand worldwide. The idea is to see which country would be the most affected, in a few words, Who put the avocados in the same basket?

We see that Mexico exports almost 80% of its production to the United States, this is $ 3.7 MM. We understand that by the proximity and the great demand the United States is always going to be an interesting market, but this possible problem could generate a bigger problem. 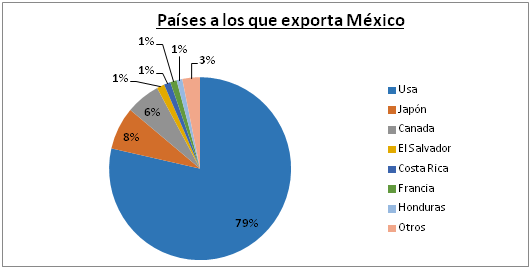 I read an article on CNN where he paints several scenarios, one of them creates a commercial war and imposes a tariff of 35%. Looking at the average market prices, we see that Mexico currently has an average price per kilo of $ 1.94. If this scenario would become reality, the average price per kilo would be $ 2,619. Mexico, however close it would be to the United States, stops having a competitive price. 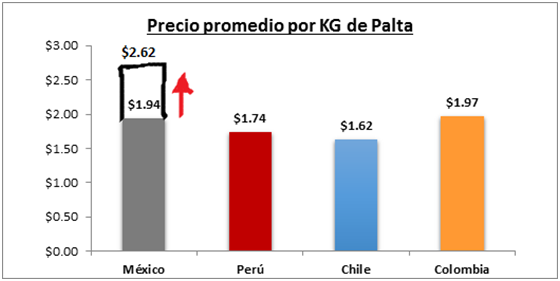 It would give opportunity for the producers in the United States to stock up, but, in short, they will not be able to supply the entire American population. According to the speeches we heard from Trump, the line of his speeches is really about immigration from Mexico that has finally made him focus on everything that involves this country. Chile that exports 22% to the United States, we do not believe that it is a real threat to them. Not for now at least.

Something very interesting is that Peru exports 3% to Chile, and this in turn exports it to meet its demand. It is that Chile being more to the south of the hemisphere, handles production seasons adjoining Peru. That is, he buys avocados from the Peruvians to sell them when they are not ready to harvest. 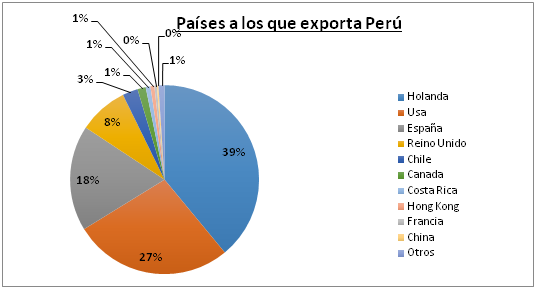 Colombia has a very low commercial vulnerability, since 56% is exported to the Netherlands, the big HUB to distribute to almost all of Europe. 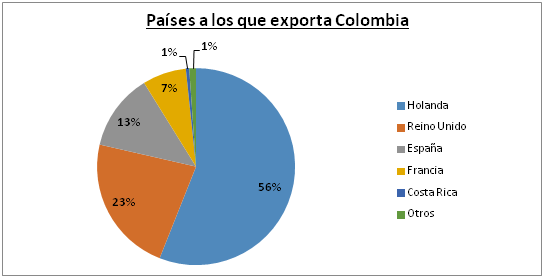 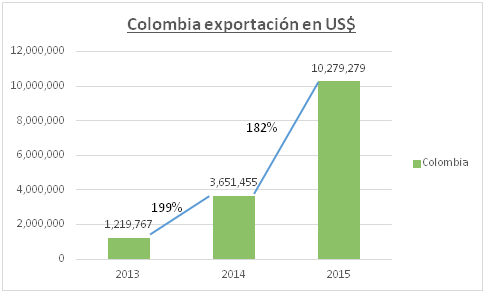 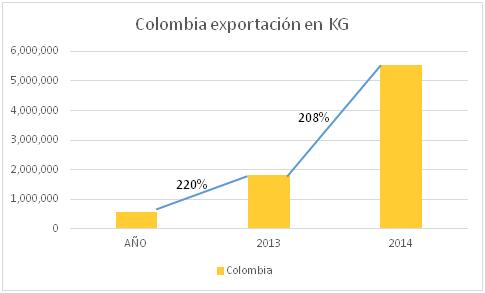 We see that a country that has been growing exponentially is Colombia. With this determination they can replace Mexico in the avocado race. Although its average price per kilo in the last 4 years is the highest, it is increasingly being more competitive reaching last year at $ 1.85 per kilo.

Which Latin American country exports the most avocado to the US market? Which has had the highest export growth in recent years? Find out in this Veritrade note, will it be Mexico, Colombia, Peru or Chile?