The wine party.
onhub
junio 30, 2016
12:00 am
If you are asked, which wine is exported more world-wide, Argentine wine or Chilean wine? What would you respond immediately without doing much research? My thinking started in a meeting with friends and a good meal. A good wine is accompanied by a good barbecue. Argentines are known for roasts or grill, good cuts of […]

If you are asked, which wine is exported more world-wide, Argentine wine or Chilean wine? What would you respond immediately without doing much research?

It has also happened to me that I go to a restaurant and ask for a recommendation from the waiter. I would only ask the waiter if I know he is an expert in the field. There is the possibility that the waiter recommends me a wine that has large amounts of stock or is one of the most expensive. Many times it has been an Argentine wine.

So, who wins the wine match? Argentina or Chile? What are your forecasts? 3-1? Analyzing the figures we find a great surprise.

Television imports in 2015 fell by 21% due to the slowdown in the economy and until April 2016, 33% of the total of what was made in 2015 was imported. This indicates that there are growth expectations for this year. The players who bet on this are LG, Samsung, AOC, Sony and Panasonic. 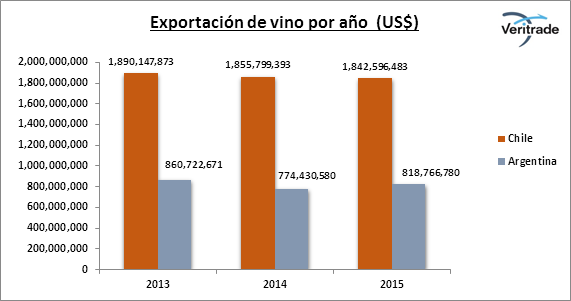 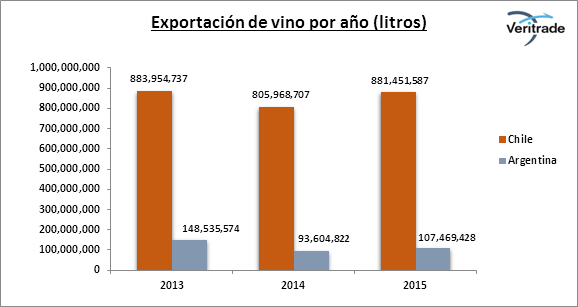 In the last three years, Chile has always been on average 8 times more than Argentina. Argentina fell in exports in 37% liters and in 10% in 2014. In 2015, it improved its growth in liters by 15%, but its pricing strategy reduced its profitability, achieving a 6% growth.

In the case of Chile, although they have maintained their export levels, they fell in 2014 by 2% in $ and 9% in liters. In 2015, they exported more wine, growing 9% in liters, but decreased their profitability by falling 1%. 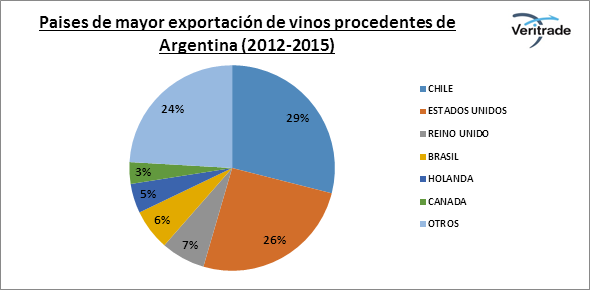 In the case of Argentina, its exports are concentrated in Chile, as the most enchanted is with its wines with 29% followed by the United States with 26%. It is very curious to see Chile as consuming 101M liters of Argentine wine. 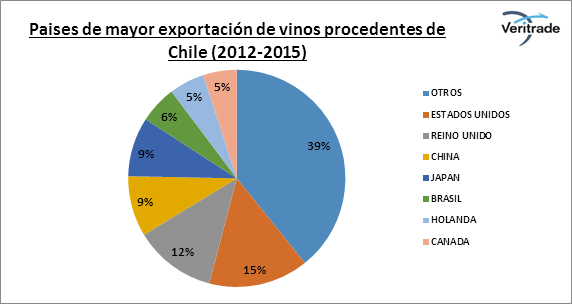 In the case of Chile, they manage a better distribution strategy, segmenting in more countries. 15% of its sales in $ go to the United States and 12% to the United Kingdom. Like Argentina, we analyze how much is exported from Chile to Argentina. We see that Argentines prefer Argentine wine for the most part. Chile exports 2 M $ to Argentina. Therefore, it does not become an interesting market for Chile.

We were surprised by the results and how our perceptions are sometimes not correct. Really Chile makes a resounding victory, finishing the wine match in 8 to 1.

And what product do you want to analyze? Enter Veritrade and request your free trial so that you know much more data of the foreign trade market that your business needs: http://bit.ly/2juU7gt