Import y Export of beer
onhub
junio 3, 2016
12:00 am
Beer is one of the most consumed drinks and around which there is a long history of advertising battles to achieve the top of consumption in our country, however, we have been thinking if they are the same brands that lead consumption in Peru, which generate more exports abroad? Then, we give you the precise […]

Beer is one of the most consumed drinks and around which there is a long history of advertising battles to achieve the top of consumption in our country, however, we have been thinking if they are the same brands that lead consumption in Peru, which generate more exports abroad? Then, we give you the precise data of the national beers that represent us abroad and of those foreign brands that have known to delight the Peruvian brewery palate.

The most exported brand in the last four years is the Cusqueña beer with an amount of $ 24,797,085.34 dollars, followed by the Cordillera Blanca brand manufactured by SAB Miller (Backus) for the Bolivian market with $ 21,129,566.83 dollars, which was withdrawn from the market in The year 2014.

In order to meet internal and external demand, Cusqueña beer has three plants: ATE, Cusco and Arequipa, in order to efficiently and efficiently serve the domestic market, since it is a premium product consumed more frequently in departments With growing economies. The production of the ATE plant serves the domestic as well as the external market. 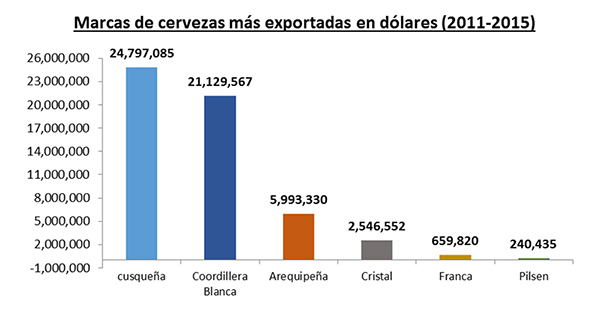 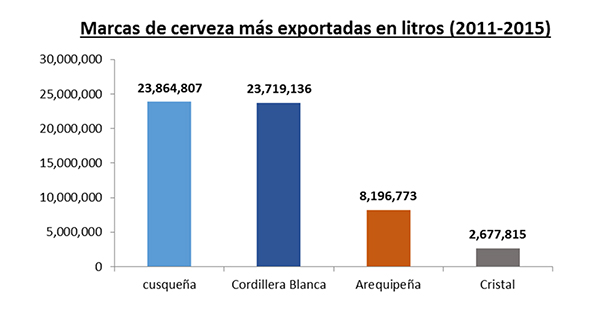 According to the export index, the months of October, November and December are the ones with the highest demand, with December being the year in which more exports are generated due to the holidays at the end of the year around the world. 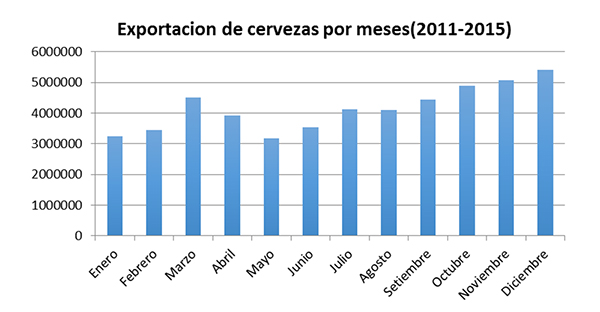 Import of beer into Peru

There are a variety of brands, which are aimed at different audiences, and is classified by its elaboration that can be with grains: barley, rice, corn and wheat; The one that is used more to make beer are the barley grains.

The growth in sales of these beverages has increased because of these factors:

• The citizen has improved his economy and has greater purchasing power to buy surpluses, in this case foreign beer. • The expansion of supermarkets as distribution channels at the national level and also in the provinces. • Gastronomy, in recent years has joined the drink along with food, both food and beer is quite diverse. 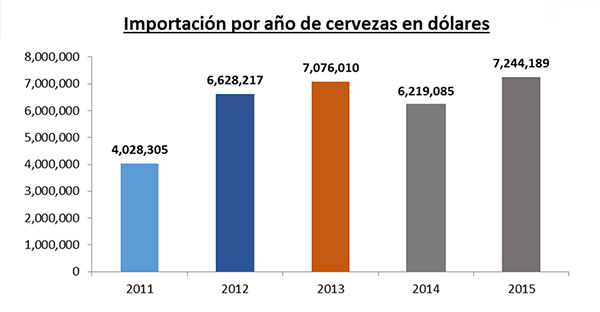 • Corona: is the most widely distributed Mexican beer in the world. This brand is aimed at women and men of age with a medium / high purchasing power. • Miller: has the presentation of 355 ml sold in individual bottle and six pack, is aimed at a more select audience.

Countries where you care most

The main suppliers are Brazil with 33%, Mexico with 27% and the US with 19%, to a lesser extent are Ecuador and Bolivia that only contribute 1%

In the coming years, we will see that the Brazilian beer import ratio will decrease due to the Brahma market exit. 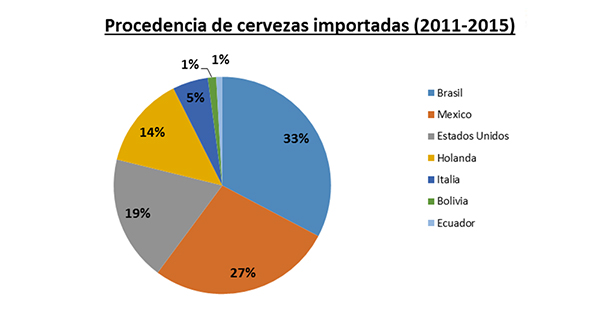 The highest percentage of imported beers are the Premium brands that are positioned in segment A and with a smaller extent in B, among which are the brands Corona and Miller.

Mexico with the Corona beer is leading the premium beverage segment, the department where it has the highest demand is Lima, following Cusco and Arequipa.